I don't know since when, but I've been into mech. keyboards list half year. At first, I bought a standard, cheap ass mech keyboard with mx blue switches. A few months later, I bought the second one, ducky one with mx green switches. Overall, the experience was really nice, apart from the frowns from my coworkers (I guess).

But well, everything is usable now. 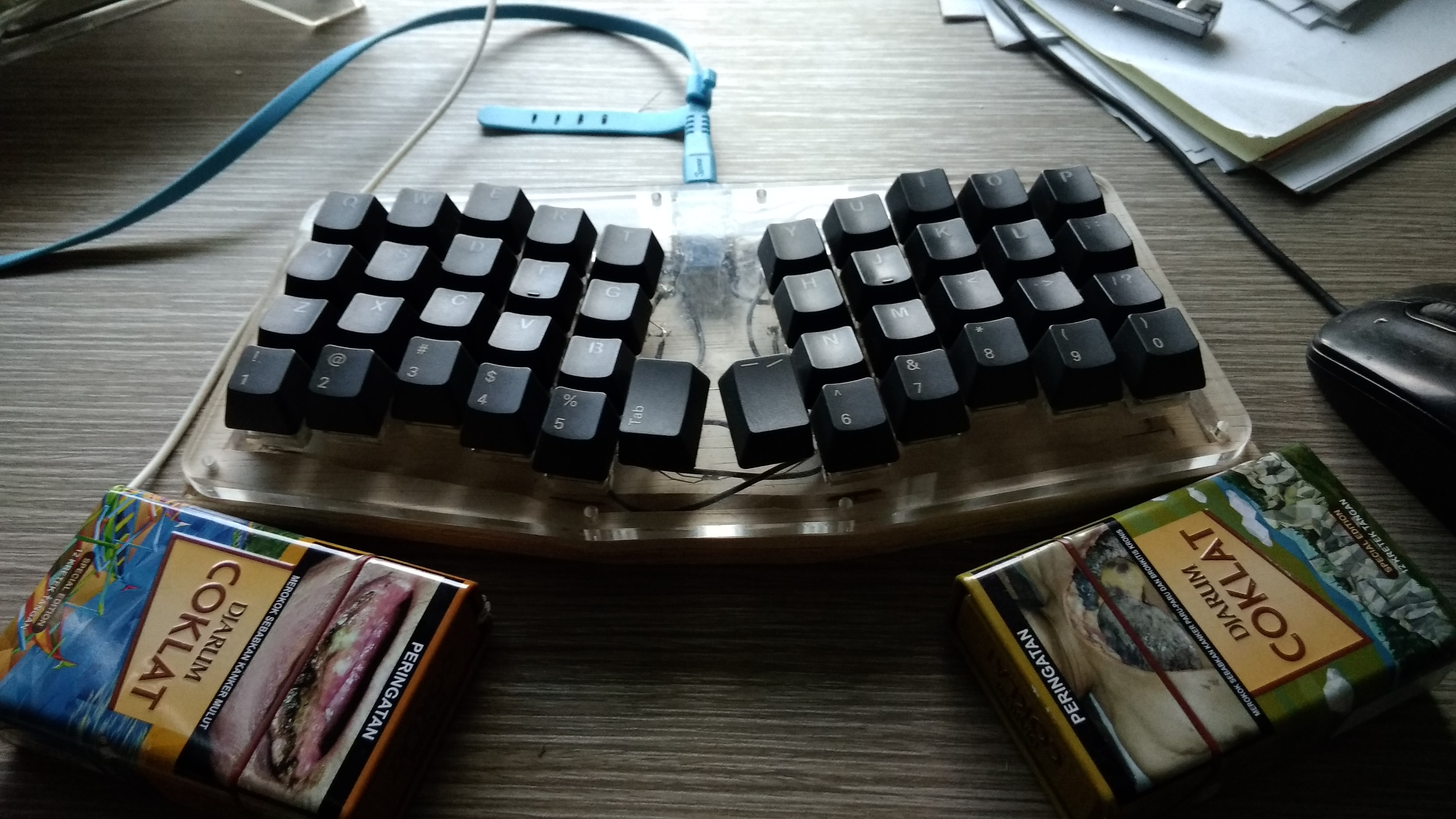 I use it in my office, and so far, I sense no frowns at all. Anyway, let's start with this thing.

and a few plates of plywoods lying around in my room.

When I build this keyboard, there are a few steps that I took,

First step: soldering the diodes. It was pretty easy, apart from my shaky right hand, of course.

I soldered the left side first, and then followed by soldering the right side. 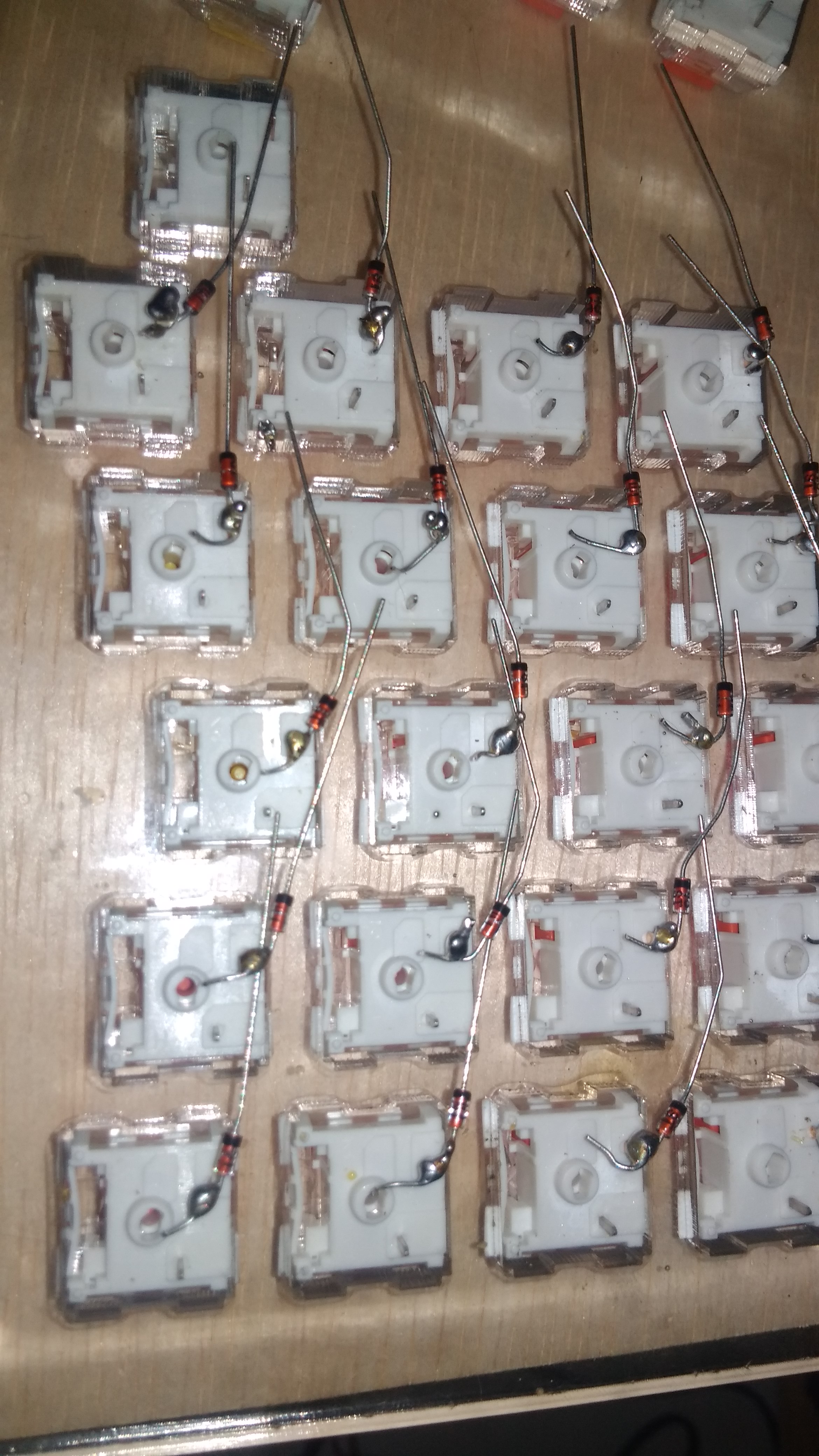 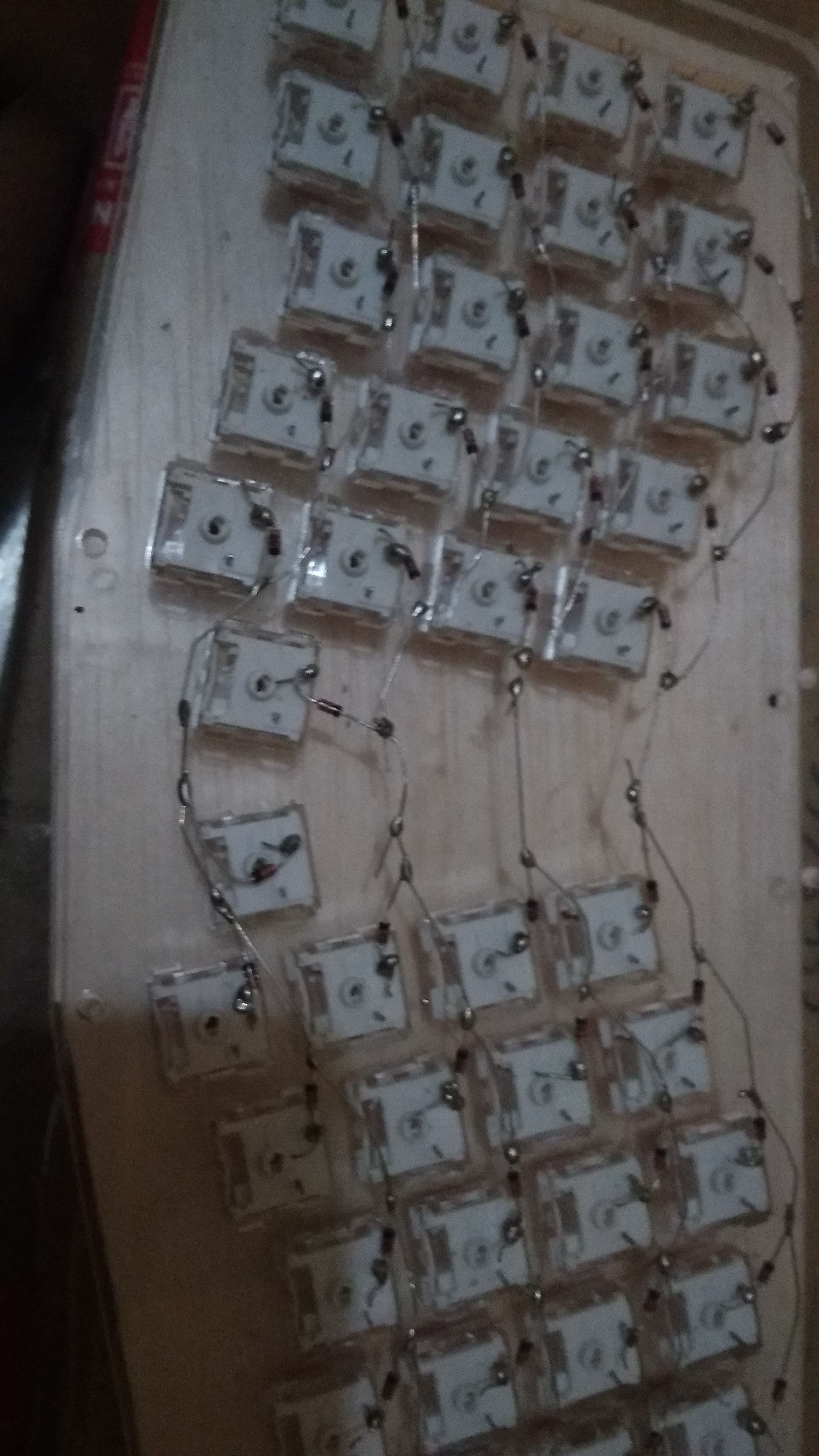 Second step: soldering the row cables. This one, was pretty easy too. But because of my retarded measuring phase, the length is not uniform at all. 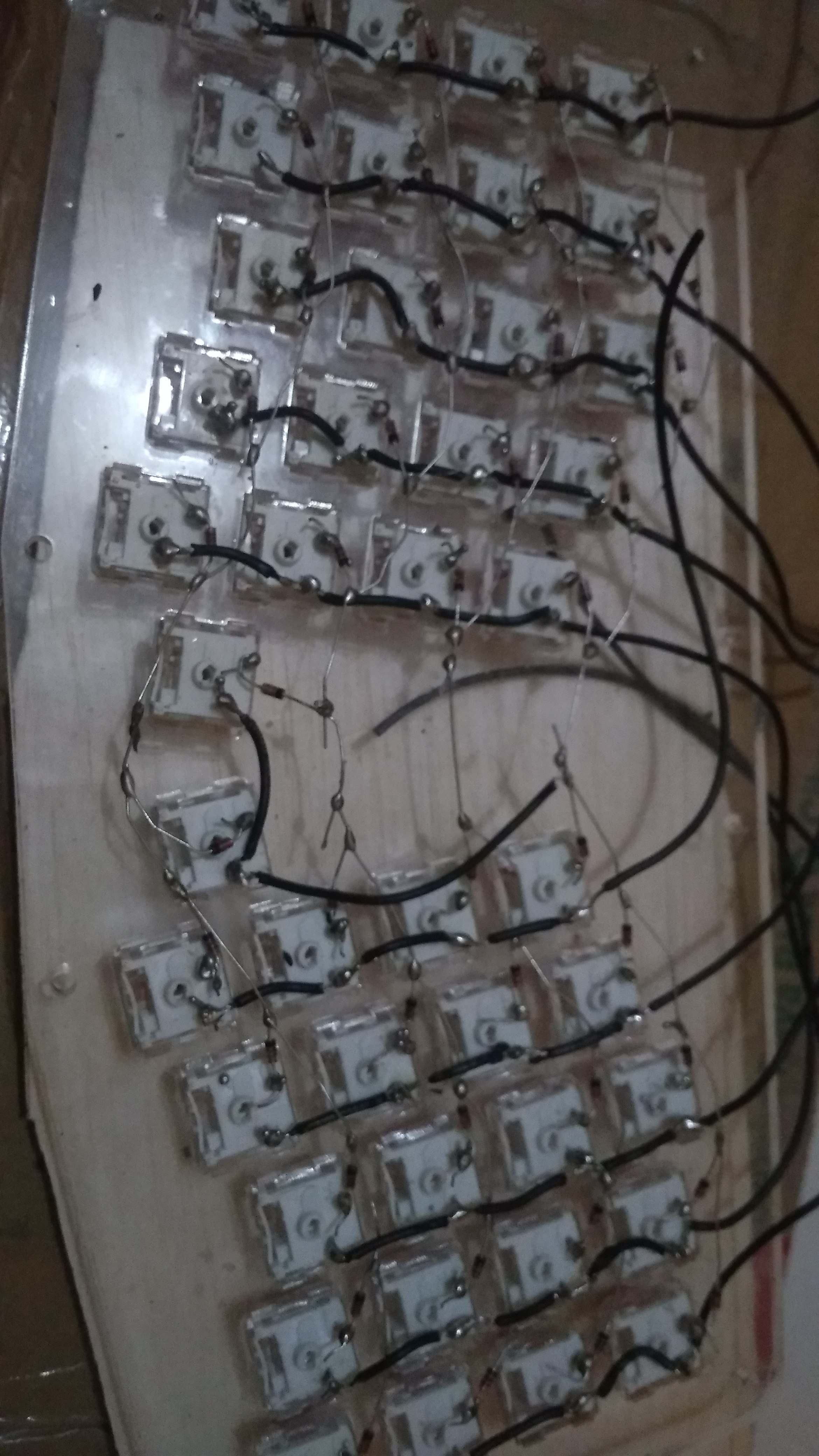 Third step: messing the promicro up. for real tho. This one is the hardest thing, I swear. I spent three days (16 hours or so) just to finish this part. I'm so ashamed of myself. I wish I didn't joke around in electronic lecture. 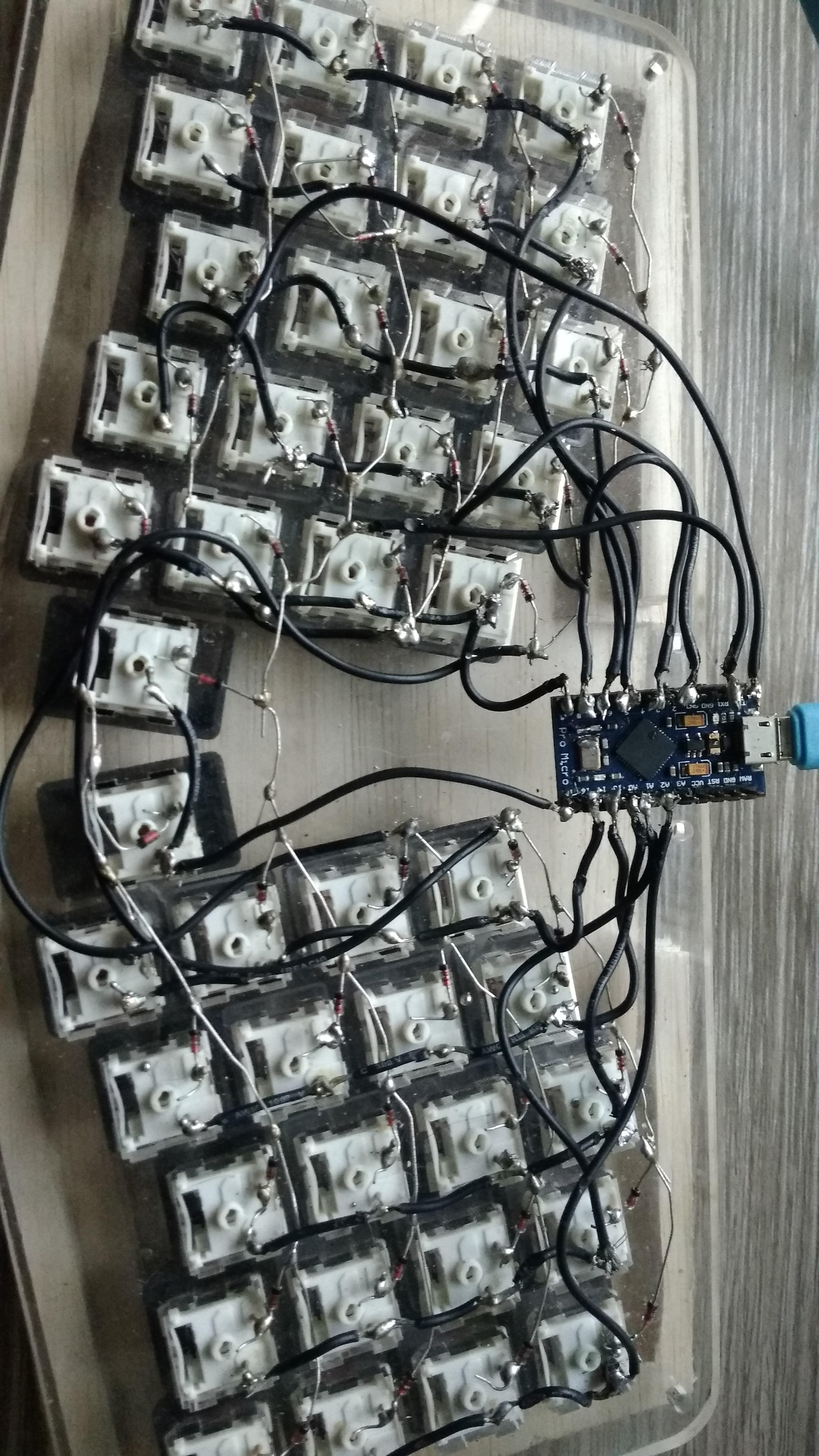 Fourth step: connecting them all. Actually, I rearrange them a bit. And the wires still falls off from time to time. 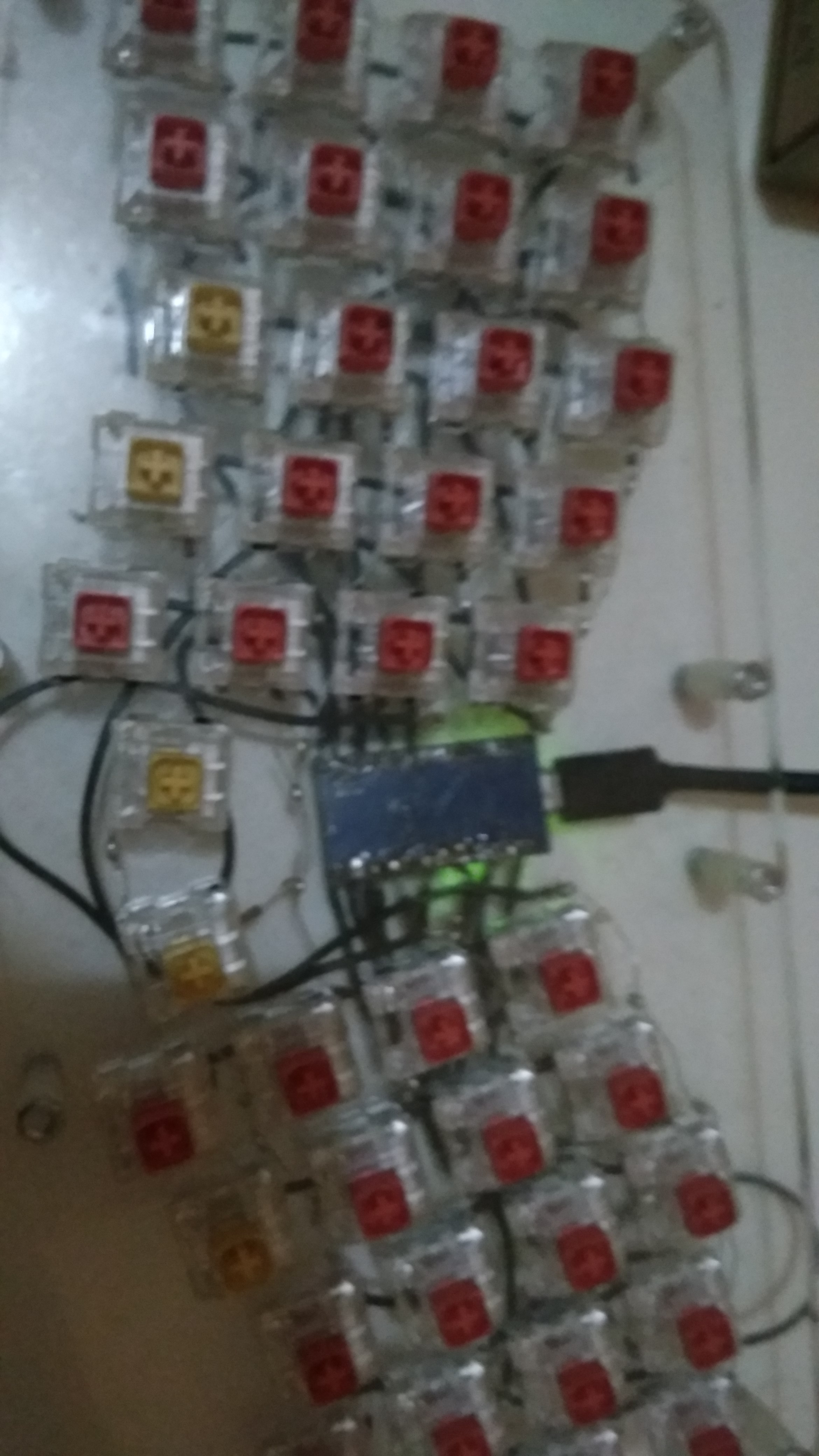 Fifth step: something related to firmware. Just look at this commit.

At config.h in keyboard/atreus directory, I've changed a few lines:

And swapping ; and ' keys from Dvorak layout because of habit from this 4layout. I created a new keymaps.c in a new directory named cacat in keyboards/atreus directory. The main difference is this part where I deleted qwerty layout and replace it with Dvorak, just like I've said above.

It's a nice keyboard, based on my three days of usage in my office. It's quiet, small, and everything is reachable without lifting my hands.

Index
About
Contact
Resume
Feed
This material is shared under the CC-BY License.