Ayyy!!! Whatever, mate. will write it as soon as I have the time. Perhaps by the end of june it will be finished. I practically have no spare time at all.

Ok, after a week of mind-numbingly tedious job (which is not finished yet), I got a little time to breathe and decided to finish this blog.

Let's start with the question "why?".

Since a couple of months ago, when I started to use Atreus, I've found a couple "defects" in my usage.

So, I decided to look for split and tenting mechanical keyboard and there are a few choice:

So I decided to go with the dactyl manuform because I think the keys are easier to reach. 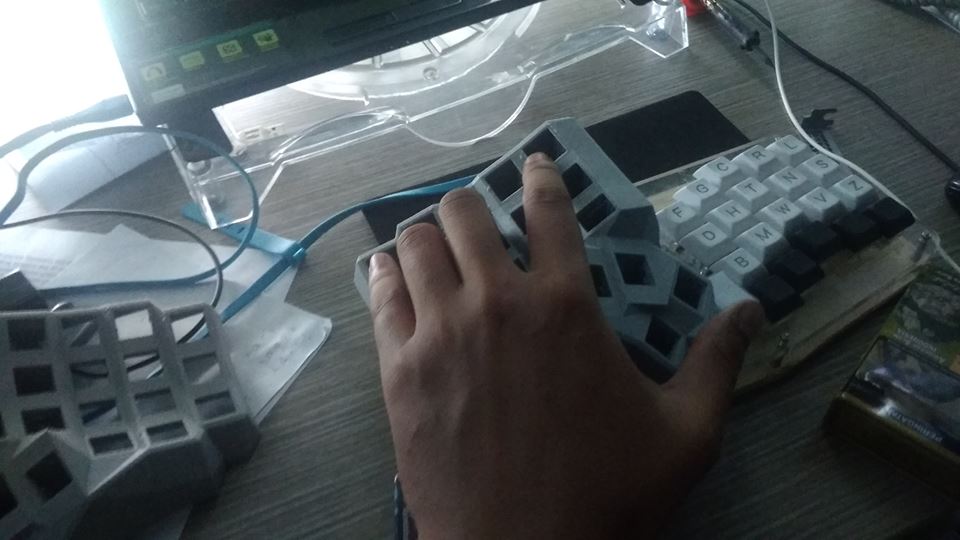 As usual, there are a few things that needs to be procured:

First, I soldered the diodes to the switches. Something like the following picture. 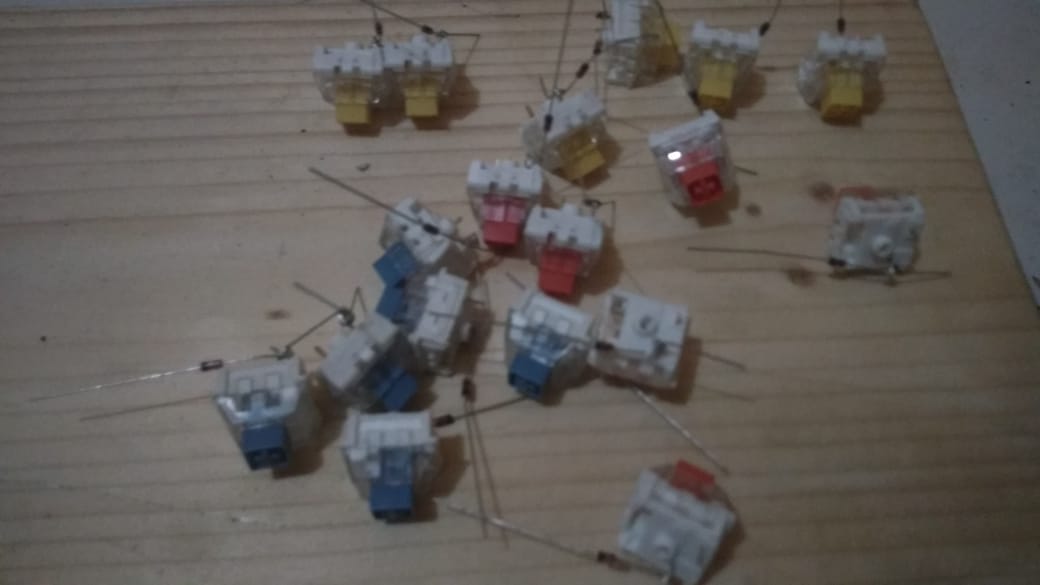 Followed by putting those switches to the case, hot glue them, and then wire them using the breadboard cable like the following picture. 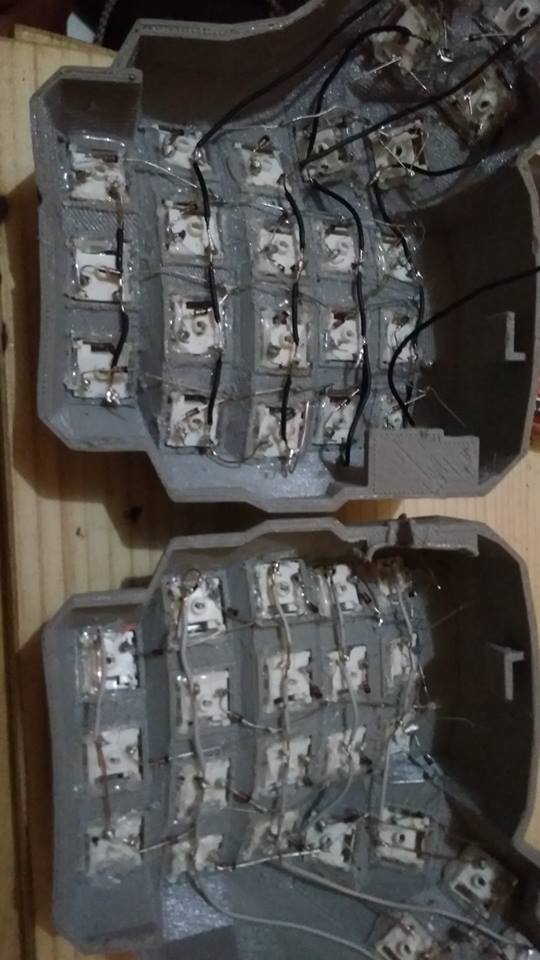 Now, it's the right time to flash the promicros with my own keymaps.

No, I don't want to show you how ugly my final wiring. But here's the finished product. 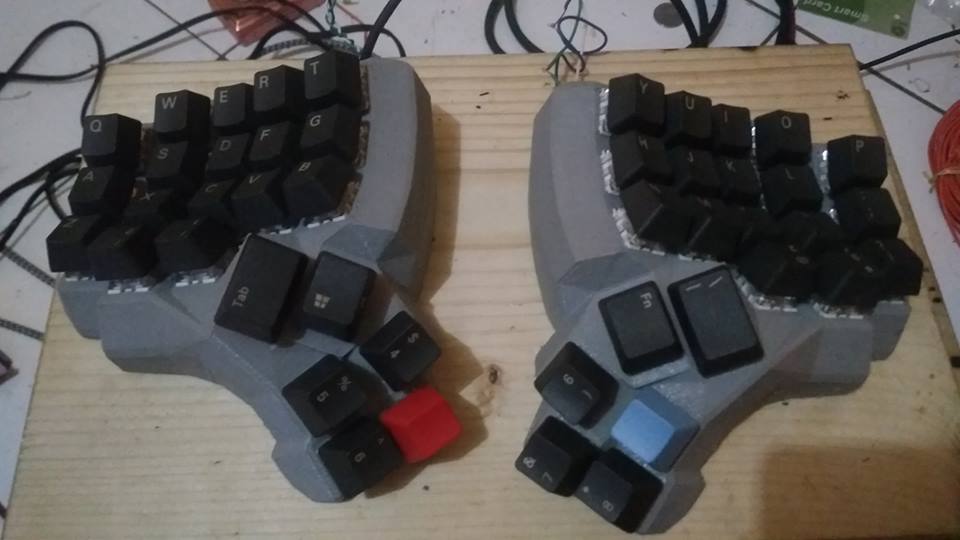 After using it for a few hours, it feels natural to use it. I don't have to move my arms to press some keys. Now, I'm using it like a crawling snake. Really comfy, fren.

Wiring a dactyl manuform is a she-dog. I fucking give up if I have to wire another dactyl.

As I've said above, Kailh's products is comfy. Especially Hako True. I rarely bottom them out, unlike MX Green on my another keyboard. I've misplaced a few switches, tho. For example, I should've used Hako as the modifier too because I bottom out Box Yellow. And the noise? Pretty much only the Box Blues which scream really loud. Fortunately, I've designated them as not-so-frequent keys.

I can see myself using this keyboard at $WORK. It's pretty much silent and I can place it in a narrow desk.

Index
Resume
Contact
About
Feed
This material is shared under the CC-BY License.